Wilmington is a bigger city in North Carolina that I often hear a lot about, so for our January trip we decided to see it for ourselves. I imagine it is much livelier in the summer; we weren’t able to experience some of the smaller beach towns because they were completely closed for the winter. Nevertheless, I enjoyed the quietness of the beach and although the downtown was much smaller than expected, it was nice to get away from Charlotte for a couple of days.

The first thing we did was visit the U.S.S. North Carolina Battleship Memorial. It looms across the cape fear river from the downtown business district and is definitely worth the trip. 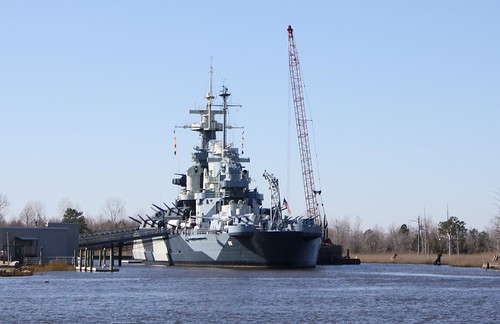 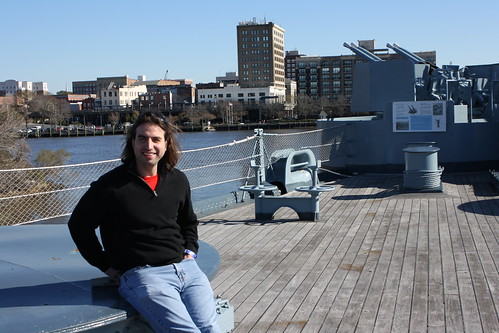 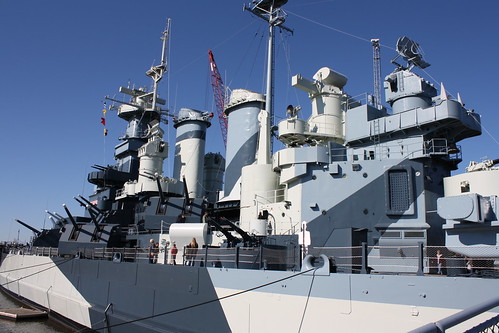 This battleship was used during World War 2, most notably in Pearl Harbor in 1942, following the Japanese attack. It was present in every naval battle in the Pacific theatre and only 10 men lost their lives throughout the entire war. In 1947 the U.S.S. North Carolina was decommissioned and sold to North Carolina. 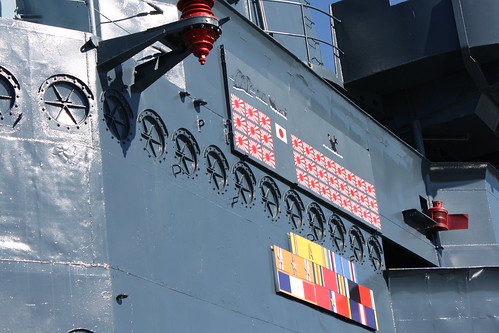 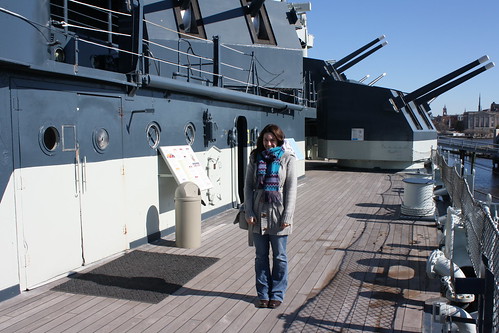 The tour of the ship is self-guided and we had access to all nine decks and many of the interior rooms. The stairs between the decks were so steep and everything felt so compressed. I most enjoyed the rooms that showed what life would have been like for the 2300 enlisted men aboard the ship. There was a butcher shop, bakery, laundry rooms, post office, dental office, medical facilities, barber shop, print shop where the ship’s weekly newspaper was published, a store to buy candy and tobacco, a workout room and many more. 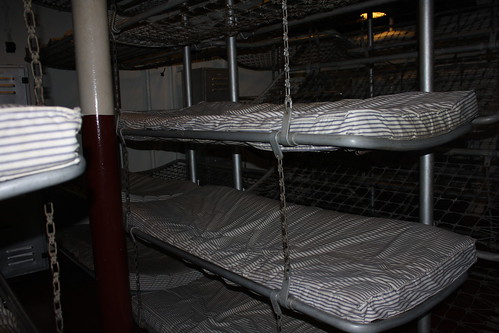 The sleeping quarters were so tight! Five bunks on top of each other and you had to climb on someone else’s bed to get to your bed if you were on the top three bunks. 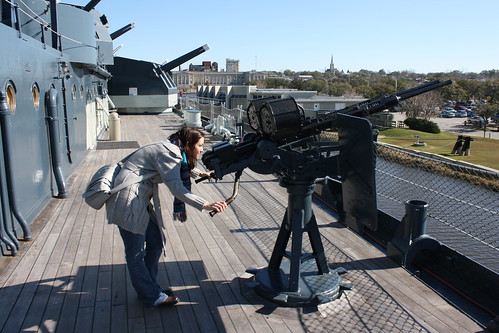 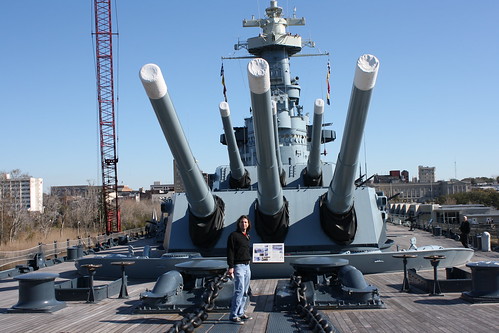 All in all the U.S.S. North Carolina battleship was a really neat experience, and not to be missed on a trip to Wilmington. 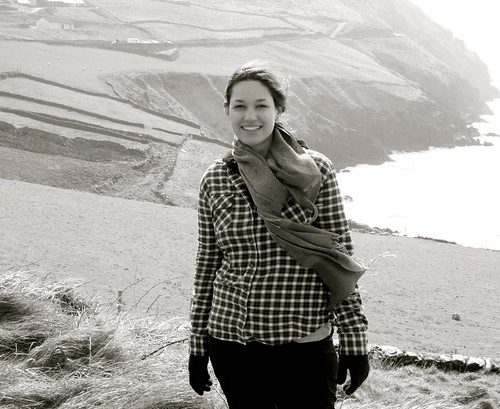